Garde Arts Center Presents ‘I Know This Much is True’ Series

The Garde Arts Center is pleased to announce that Connecticut-based novelist Wally Lamb will host screenings of the entire six-episode HBO series, I Know This Much Is True, over three nights from September 21 to 23, 2022 at 7 p.m. on the Garde’s giant movie screen. On Thursday and Friday nights, Director Derek Cianfrance and actor Mark Ruffalo will join Lamb to host post-show discussions.

Tickets to each night range from $24-48 per person and are available at gardearts.org.

I Know This Much Is True is an adaptation of the New York Times bestseller and award-winning novel by Norwich, CT, native Wally Lamb. In 2020, the COVID-19 pandemic canceled the premiere screening of the HBO limited series. The Garde is pleased to offer the first theater screening of the entire series, which follows the parallel lives of identical twin brothers played by three-time Oscar nominee Mark Ruffalo, in an epic story of betrayal, sacrifice, and forgiveness. The story is set against the backdrop of 20th-century America, inspired by the communities and characters of eastern Connecticut that have influenced much of Lamb’s work over the years. Ruffalo won an Emmy, Golden Globe, and Screen Actors Guild award for his performance in I Know This Much Is True. The series is rated TV-MA and is intended for adults (Mature Audience; may be unsuitable for children under 17).

Tickets for episodes 1 & 2 on Sept. 21 are $24, and tickets for Sept. 22 and 23 are $48 each. Patrons who purchase tickets to all three nights and use promo code IKTMIT at checkout on gardearts.org will receive a 25% discount.  Each episode runs about an hour, and will be followed by live discussions with our hosts.  Doors open at 6 p.m.

The Albany Film Festival differs from most film festivals, which are usually multi-day events at various locations around a city. This is a very story-focused festival, with conversations about filmmakers as storytellers, book-to-film, writing vs. visual storytelling, screenwriting, criticism, and film history and biography. The emphasis is more on conversation and Q&A with guests than on screenings of full films.

The 2nd Annual Albany Film Festival – featuring a number of “bookish” events, and events that emphasize writing – will be presented by the NYS Writers Institute on Saturday, April 2, 2022, at the University at Albany.

A highlight of this year’s festival will include a conversation between bestselling novelist Wally Lamb and acclaimed director Derek Cianfrance about his adaptation of Lamb’s novel, I Know This Much Is True. Based on the bestselling novel by Wally Lamb, written and directed by Derek Cianfrance, and starring Mark Ruffalo, this limited series follows Dominick Birdsey as he struggles to care for his twin brother, Thomas, while discovering the truth about his own family history. Ruffalo won a Primetime Emmy Award and a Golden Globe for best actor for his role, aired on HBO and shot partly in Ulster and Dutchess counties.

Connecticut icon and best-selling author Wally Lamb will visit Eastern Connecticut State University on March 9 for a lecture titled Connecticut on My Mind, as well as a reception and book signing. The author of such books as The Hour I First Believed, She’s Come Undone and I Know This Much Is True will speak in the Concert Hall of the Fine Arts Instructional Center (FAIC) at 5:30 p.m., followed by a question-and-answer session.

A reception and book signing will take place in the FAIC foyer from 7-8 p.m.

The lecture is free and open to the public, but seating is limited due to COVID-19 and event registration is required. Masking is required inside the venue.

The lecture will also livestream on the University’s YouTube channel at 5:30 p.m. on March 9.

Lamb’s visit is in coordination with Eastern’s “Big Read” program to present stories and bring writers to campus who focus on themes of human interconnectedness.

Join me for a reading followed by coverstation with Real Art Ways executive director, Will K. Wilkins.

Thursday, Sept. 24 at 7 pm.     To attend the series, or a single event, please register via Crowdcast, here.

The Truth Within the Story: I Know This Much Is True

The cast of I Know This Much Is True, NAMI CEO Daniel H. Gillison Jr., and CNN New Day’s Alisyn Camerota discuss the impact mental illness has had on their lives.

Based on the 1998 bestselling novel by Wally Lamb, adapted and directed by Derek Cianfrance, this limited series follows the parallel lives of identical twin brothers, played by Mark Ruffalo. A family saga, it tells a story of betrayal, sacrifice and forgiveness set against the backdrop of 20th-century America.

Official Site of I Know This Much Is True on HBO: https://itsh.bo/IKTMIT-series

Based on the 1998 bestselling novel by Wally Lamb, adapted and directed by Derek Cianfrance.  This limited series follows the parallel lives of identical twin brothers, played by Mark Ruffalo.  A family saga, it tells a story of betrayal, sacrifice and forgiveness set against the backdrop of 20th-century America.

HBO’s I Know this Much is True to premiere this spring!

The six-episode limited series, based on my novel of the same name, is set to run this spring.

Dr. Patel (The Good Wife’s Archie Punjabi) counsels Dominick about how to negotiate the challenges of being his afflicted brother’s keeper.

Dominick (Mark Ruffalo) and Dessa, the ex-wife he still loves (Kathryn Hahn) meet outside the hospital where Thomas has been admitted after an act of self-mutilation..

Dominick’s mother Connie (Melissa Leo) gives him a suitcase. Inside is a document that holds clues about the family’s past.

Wally Lamb’s “I Know This Much Is True” Green-lighted to be HBO Limited Series!

Wally joins as joint executive producer along with writer Derek Cianfrance and Mark Ruffalo, who will star as twins Dominick and Thomas Birdsey. Check out these stories from the Hollywood Reporter and Deadline Hollywood for more info!

An Evening with Fran Lebowitz in Conversation with Wally Lamb 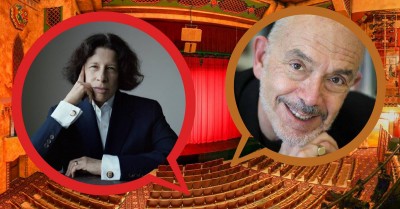 Check out the events page for details.

I Know This Much is True is to be made into an 8-episode series by HBO, to be written by Derek Cianfrance and star Mark Ruffalo, who along with Wally will be an executive producer.

Click here for Wally’s interview with Susan Dunne in the Courant for more information!