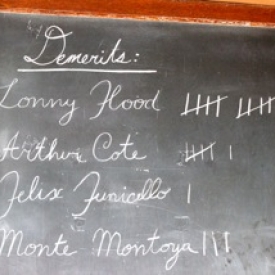 Lonny Flood receives the most demerits, of course. 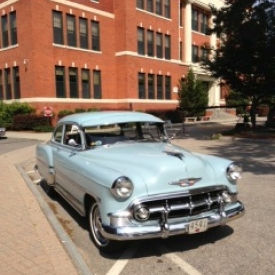 The Funicellos' family car drops Felix off at his parochial school. 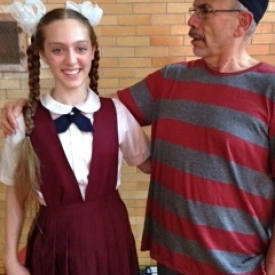 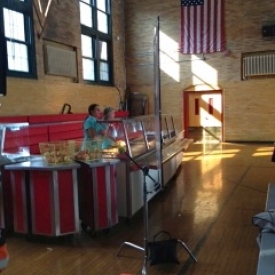 The Norwich Free Academy gym is transformed into a parochial school cafeteria. 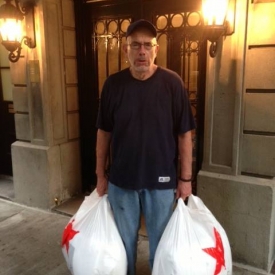 Moving into our New York apartment in May. Those pillows we bought at Macy's were sooo heavy! 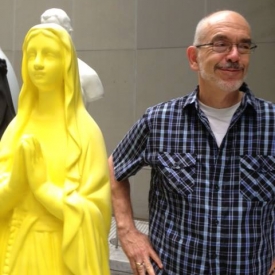 Mugging at MOMA in NY, springtime 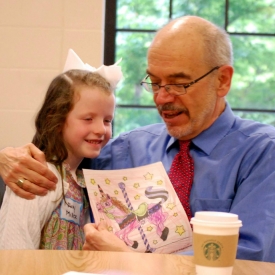 My new friend, Ruby, draws me a picture during a charity appearance. 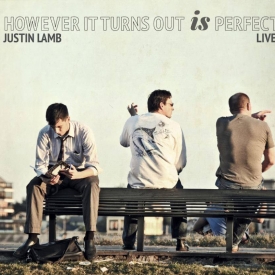